Why Do You Need A Dental Crown After A Root Canal?

Getting a dental crown is often a part of getting a root canal. If you've never had a root canal and are wondering why this might be and if there's a way you can avoid getting a crown, then read this guide to find out why dental crowns are utilized and how they can potentially help your tooth.

What a Root Canal Does

Root canals are procedures that are like a more intense version of having a tooth drilled. Instead of removing a little bit of the outer shell of a tooth, the procedure instead removes a great deal of the tooth, going down deep into the pulp and interior layers.

This is essentially what makes a root canal a root canal. The removal of these interior tissues is necessary because that part of the tooth has become damaged by a severe cavity or another type of tooth problem. While root canals are painless and safe, they can leave a tooth structurally weak.

How a Crown Is Used

When a crown is used for a root canal, it's typically because the tooth is too weak to stand up on its own. If you were to apply a great deal of force to the tooth, like by chewing on it, you might potentially fracture the tooth or damage the filling that will be placed inside of it.

A dental crown helps by covering up the tooth entirely. This ensures that no damage will be done to the dental work that you just received during your root canal. However, it also means that your tooth will be protected so that you can fully chew and bite down on the surface of the crown without potentially damaging the tooth. The crown will take the brunt of the force, leaving your tooth safe and intact.

Dental crowns are a valuable tool for a whole bunch of different dental procedures, including drilling teeth and covering broken or cracked teeth. If you've never had a dental crown put on before, there's nothing for you to worry about. Dental crowns require a painless procedure that typically just involves using dental cement to seal the tooth off and to keep the crown on. Keep in mind, though, that you may come back to the dentist's office a second time, as you will likely be given a temporary crown first, and then a permanent one that's custom-fit for your tooth will be put on after it's arrived and is ready. 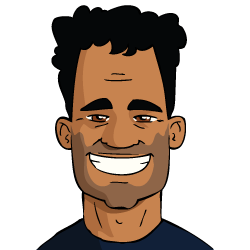 Cavities, plaque, gingivitis… these are all commonly discussed problems that people have with their teeth. But what if you have a less common dental problem, like temporomandibular joint disorder (a joint problem that affects the joints in your jaw) or supernumerary teeth (extra, often misshapen teeth that don’t always erupt)? Getting a diagnosis and treatment for a rare tooth disorder can be difficult. I started this blog to talk about the symptoms, diagnosis, and treatment of various tooth disorders. Learn how to prevent or spot tooth problems and seek treatment as early as possible. That gives you the best chance of ending up with a healthy mouth.